Pattaya sexpats form the largest body of whore-mongers in Thailand. Starting from young to old, there are many western guys who have come to this part of Southeast Asia, and many of them come for similar reasons.

For the older generation of Pattaya sexpats who have made the permanent move here, many of them had been sex vacation aficionados for decades before making that permanent move, and a fair proportion of today’s younger visitors will end up making the move in due course.

The main Thai resorts are addictive, and a very high proportion of first time visitors come back for more of it. Be aware though, that the stuff you see in the holiday resorts is not a good reflection of traditional Thailand where attitudes towards sex and soliciting are quite different.

The younger participants in the pay for play industry, in the age-range of about 18-29, have always been a relative minority, but they are growing in numbers.

I think most people in this age range tend not to have the resources to be able to afford a 2-4 week holiday half way across the world; they tend to choose holiday vacations in places closer to home for no more than a week at a time.

For those young men who are fortunate enough to find themselves in places like Pattaya, they tend to think that they must have died and gone to heaven!

They don't often have any intentions of long-term relationships with Pattaya girls, and most seem to be on a mission to spread their love as widely as possible. That's not always the case of course and there have been plenty of men in this age range that have gone home smitten with one particular girl.

This is the main group of visitors that come to enjoy the pleasures of a sex vacation; those guys aged from 30 - 50. There is still a large number of men in this group who are first time visitors, especially at the younger end of the scale, but most have been many times before.

There are also plenty of Pattaya sexpats in this group who are intent on spreading their love, but I think there is a growing body of men who are here for the long-term romantic opportunities rather than for purely lustful purposes. 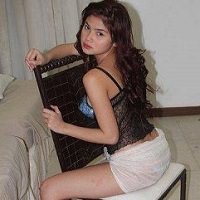 There is also a very strong contingent of men who are already involved, to some extent, with Thai girls. Many of them have gone the whole nine yards and actually married their Thai sweetheart. Some have started families too.

It is still relatively rare that men in the middle-age group have actually made the permanent move from their own countries to Thailand. The reason is obvious, they have not yet accumulated the financial resources to allow such a move. Instead, they live abroad but frequently visit Thailand.

A fair proportion of the men that use the Thai pay-for-play industry do so after going through a messy divorce back home in their own country.

Pattaya offers a great escape from all the trouble and strife that comes with a messy divorce, and for a time it really serves a purpose and allows faster mental recovery from the distress of a broken marriage.

It's around about that time, once recovery is complete, that romantic attachments with bar-girls start to occur. More distress usually follows, breakups occur, and new long-term Thai sexpats emerge!

It has to be said that this group is well represented by those men who have been burned by the less scrupulous ladies working in the Thailand sex trade. In fact, just about everyone has been burned at one time or another to a greater or lesser extent, and most of the rest are waiting to get burned without realizing it.

It is a sad fact that getting serious with a girl met in a bar is a recipe for disaster, and it's a disaster that happens again and again before people learn how to do the dating thing correctly.

Unfortunately, it's a lesson that we rarely learn from the mistakes of others...

There is, of course, a great deal of diversity across all the groups that I've written about and I think that this is especially true of the older generation.

I think that people are less concerned with doing what western society thinks they ought to do as they get older, and they concentrate more on doing whatever they want to do.

Some of the older characters in Thailand have had very interesting lives and have lived in many different parts of the world. Many have been married before, got divorced, sought comfort with Thai girls and gone on to marry one. 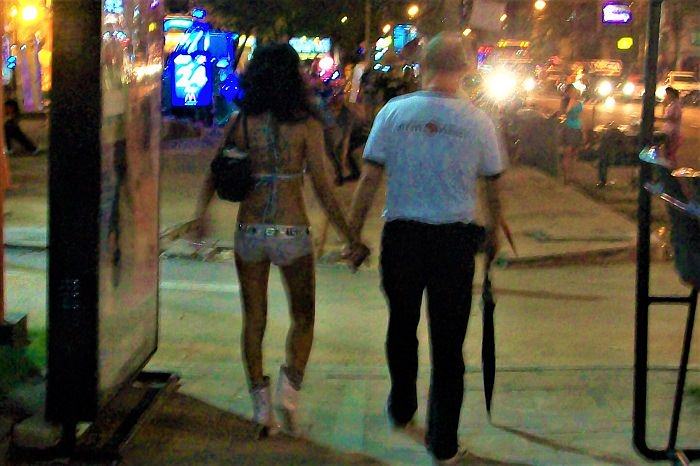 I think that the most interesting characters tend to keep themselves to themselves, but if you get talking to them they'll keep you entertained with their stories and their knowledge about what goes on.

Don't go thinking that any old duffer will be scintillating company though – if you head off to a bar and see a group of old-timers drunk at 2 o'clock in the afternoon it's probably best to leave them well alone.

There's a large body of Pattaya sexpats who love nothing more than whining about Thailand, and they’ll happily bore you senseless with their petty nonsense.

Bearing in mind what is on offer to them in Pattaya, I sometimes wonder if these old-timers are grouchy because their love-tackle isn't functioning properly.

Believe it or not, there is a growing number of Western women heading to Pattaya and other sex vacation hotspots. At one time I doubt that they would have wanted anything to do with such places but times are changing, and Thailand is developing fast.

On the other hand, you do see quite a lot of western women who seem to like nothing more than sticking their noses into other people's business. You see them turning their noses up at western guys who are accompanying younger Thai girls.

A word of advice to these ladies, you're only making us guys enjoy it all the more...

There are large numbers of Chinese tourists who seem to be on holiday purely to fire off about a million shots with their cameras. You'll see them traveling in large groups together, sometimes 40 or more people at a time. It all seems like a hassle to me, I like to just wander off wherever my feet take me but the Chinese hordes gaggle along like a flock of geese.

I was quite surprised to find that the typical Russian visitor does not like to drink, not in the bars at least. I had a preconceived idea about Russians drinking large amounts of Vodka and generally getting far too drunk.

This is not the case though, it is relatively rare to see a Russian visitor looking out of control in any way. Many Russians visit with their girlfriends and families, so it's not usually the sex industry that they are coming for.

Recent mutterings that you may have heard about Pattaya sexpats and expats being disgruntled about Thailand, be it because of visa rule changes or whatever, are much overblown.

Many of the foreigners in far away places have little to do but moan about every petty little thing, they're like a sodding knitting club!

Exchange rates may never recover to the level that they once were, so costs have risen significantly for some, but Pattaya remains undisputed champion destination for a certain sort of visitor with lust on his mind. Most Pattaya sexpats know it, and they don't plan to leave their adopted city any time soon.