Meeting a Bangkok ladyboy is a relatively easy thing to do if you are romantically interested in transsexual girls. However, meeting one who is suitable for anything long-term is another story entirely. 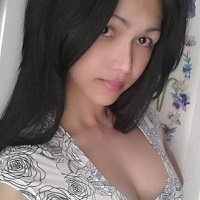 There are a few different reasons for this difficulty, chief amongst them is that most of the ladyboys you might pick up in bars have questionable forms of employment, or seem entirely too “outgoing” and active to make good dating material... for me at least.

Perhaps overreaching, I shoot for the stars in the hope of finding someone who likes good music, reads good books, enjoys art, and is generally well rounded.

Call me a dreamer.

My situation being further complicated by my keeping certain social spheres of my life separate from one another, I had no choice but to go online.

The first place I found was Craigslist. This was a full on sensory assault if not, at first glance, quite what I was looking for. Ladyboys there were, and in great supply; not just ladyboys in Bangkok either, I saw an international mélange with eclectic assets in high resolution.

I clicked through ad after ad like an Atlantic City all-nighter stroking the slot machine and salivating over the possibilities. But this was a major diversion, not at all the quest I'd embarked upon and indeed nothing I couldn't have found at some untold number of bars around the city. 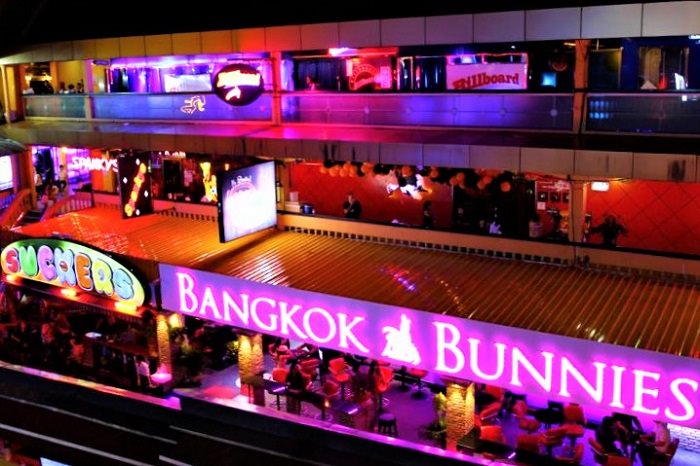 Nana Plaza has some options for making casual acquaintances...

After poking around with a little more focus I came across a few ads that seemed a bit more my speed. “Looking for that special one,” “I still have a hope,” “Looking for a special friend” - while I still wasn't seeing anything that popped out as having been written by a very thoughtful person, these were at least non-commercial ads.

Then I saw her; a professional painter and curator, a Thai, and a ladyboy!!! My heart skipped a beat, I couldn't see her face too clearly in the pictures, but if she was only half as cool as I'd hoped, it wouldn't have made any difference.

I sent a response and crossed my fingers.

Stacy wrote back to me, we exchanged Line id’s, and things were off to a fantastic start. We were both quite busy so there were actually several weeks of sparse messaging back and forth before we were finally able to meet up.

I agreed to go and meet her at a place on Thonglor called SeenSpace at 9 o'clock on a Friday, and with lots of anxious messages making sure I was coming and I would be there on time and wouldn't get lost, I was only 10 minutes late.

It didn't take long for us to recognize each other; she was at a small table outside against the wall at Fat'r Gutz. As I walked over I thought about all the exaggerated introductions I might make – kissing her knuckles with a low bow and absurd vocal affectations, minus the affectations, and so on.

I decided to scratch the whole thing and try to play it cool, which I decided meant indifferent and subdued. 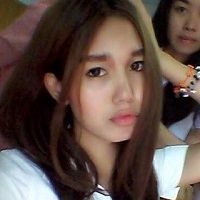 There is plenty of bad press about the ladyboys who 'work' on Pattaya Beach Road, and even in the bars on occasion. Don't worry, you can safely and discreetly meet regular, non-working, ladyboys online with:

Her face was more attractive than the partial glimpses the photos had provided, and I began to relax with that one possible hang-up out of the way, and after my first martini it was way out of the way.

We fumbled over an agreement about some food and settled on some seafood in a cream sauce over pasta, smoked salmon with a fantastic garnish and some buttery baguette, with a creamy steamed mussel and mushroom thing.

All fantastically creamy and blindingly delicious, the cocktails were fantastic too.

After it seemed like we'd done with the menu what was required of us, conversation began to pick up and I listened. Stacy had only been back in Bangkok for a few weeks. She'd been studying in New York for four years and had finally run out of excuses she could give her parents for staying there, so she'd had to come home.

She'd worked as a waitress in the city, and enjoyed being a relatively exotic item on the menu. She idolized characters from the sit-com ‘Friends’, which I guess isn't so uncommon.

Lots of Thai girls I've dated have wanted to subscribe to a life-model that was apparently laid out in the show Friends; I couldn't tell you much about it aside from that it involves lots of fancy coffee. 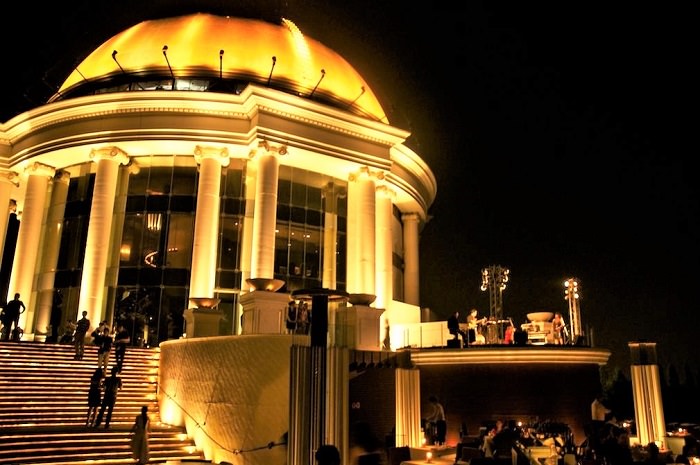 The Lebua Hotel, Bangkok - as featured in 'Hangover 2'.

She was of that group that was perpetually dissatisfied with being in Bangkok, longing for a more international life. I think I was a bit of a disappointment to her as I couldn't imagine a place I'd rather be and had no intention of sweeping a Bangkok ladyboy, or anyone else, off their feet and to some non-existent American or European paradise.

Oh well, we were both here now, might as well plug on.

She talked so much about herself in broad qualitative terms, like she was describing a character in a play or on an ad bulletin, that at some point I sort of tuned out. Then it started to get weird; she wanted to get some cocaine, and she wanted some money from me to do that with.

I explained that I wasn't really feeling like it and even if I had been I didn't have the money. I'd just received the bill and while the food and cocktails had been spot on, I felt a painful clenching in my chest when I realized how much it had all cost me.

She urged and wheedled in a sort of high-minded agitation that was incredibly off-putting and, finally, left. I was alone and free to explore the offerings of SeenSpace, which were actually pretty cool.

So after a bit of ambling around in the outdoor area in the middle, maybe 4 or 5 little clubs, and despite the kick in the shin Fatty's bill had turned out to be, I went into a room that was full of taps and started in on the cider.

Shortly after I wandered back outdoors with my second pint, my phone rang. It was Stacy, and she wanted me to pick her up and go back to her place with her. Apparently she wasn't too far away and I could meet her in the taxi.

There was a tiny bit of confusion finding her and I ended up back out of the cab and walking around. Just as I was about to give up and go into an interesting club I'd just walked past, she found me and we were on the move again. Not surprisingly, she'd run off for some coke and, having procured and imbibed, she was feeling a lot more libidinous and a lot more interested in me.

We stopped near a small shop in a small soi, and she told me to wait while she went to get some alcohol. Supplies in hand, we walked a bit further into the soi and up to a little metal door in a large, solid metal gate that offered entrance to whatever lay behind a four meter high concrete wall…

…and there were barking dogs inside.

I had a flash of secret agent fear, maybe I'd be lured into this secure compound, seduced, drugged, and relieved of a kidney, lobotomized and used to stand around the malls collecting donations for a non-existent charity.

I froze at the door, but not for long as graceful fingers stretched out and gave a beckoning tickle under my chin.

Needless to say I survived the encounter, and was none the worse for it.

She was a bit too manic and nutty for me to want to get too tied up with, no matter how much potential for fun there was with that kind of personality. The whole thing ended up resolving itself in the familiar farewell barrage of hateful text messages from a Bangkok ladyboy spurned.