By John (from Scotland)

Regarding Bangkok freelancers, I thought I’d relay a couple of stories about my recent trip to Thailand. Each story relates to a particular lady, so no surprises there. One of the girls was lovely in every regard, the other was not! I’ll start with the lovely girl as I met her first.

Noi is 24 with dark wavy hair that hangs down just below her shoulder line. She is small, not just short, she’s got a small and delicate frame. I like petite Thai girls and she is certainly that. I’d say that her height was something like 4’ 10’’ and I’d say that she would weigh in at something like 40-44kg, which is pretty tiny even by Thai girl standards.

Noi is a really lovely mannered girl and I liked her a lot. Prior to my arrival in Thailand (actually, just prior to booking flights to Thailand) I had gone through quite a bad relationship breakup with a long-term girlfriend in the UK.

My ex had really let me down quite badly and I was a little heart-broken over it and, as anyone can tell you, nothing heals those sort wounds better than some quality Bangkok freelancers.

I’d told Noi of the breakup with my ex and she was really quite supportive, which is something you don’t expect from a woman who has probably had all sorts of trouble and strife to deal with compared to your average Westerner.

I sensed a real compassion in that girl, and she was perfect company for me at that time.

I wasn’t about to lurch straight into another serious relationship though, I’m not a complete nutcase, but I did start to feel an attachment towards her by the time I had to say goodbye. I hope she’s doing okay; Bangkok freelancers can be decent people despite the cut-throat industry that they work in. 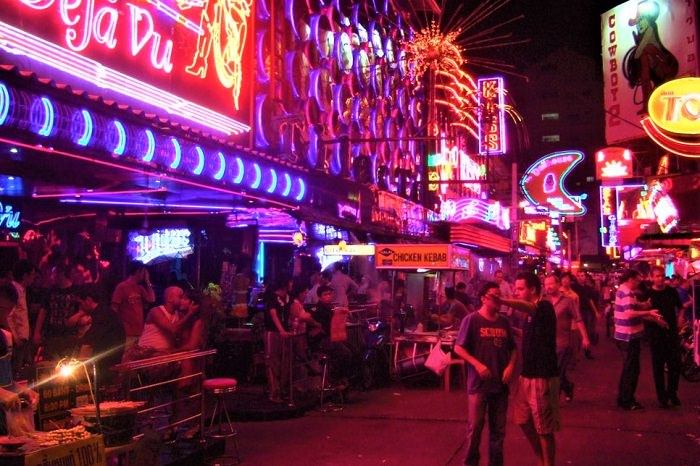 I met Noi near a small beer bar off Sukhumvit Road early in the evening at around 7pm. After softening her up with my irresistible repertoire of witty one-liners such as “it’s hot today”, and “I am from Scotland”. I moved in for the kill with “you come with me or not?”

I ask you, what girl could resist such charm (apart from my ex)? Anyway, I went away with a grin on my face and Noi by my side.

Noi liked peace and quiet and didn’t seem to belong in amongst the madness of the city nightlife, which is a bit unusual for Bangkok freelancers, and it did give her a sexy demure sort of appeal.

I took her out for a couple of days and headed down to Koh Larn, the small island off Pattaya. We did the whole beach crawl, restaurant crawl thing. There’s a small restaurant directly opposite the pier as you get dropped off that does the best apple shake I’ve ever tasted... I nearly wrestled it off Noi it was so good!

It was a great couple of days but I definitely got the strong impression that Noi was starting to think that we were going to become some sort of permanent couple. We had fun in Pattaya but when we returned to Bangkok a couple of days later I gave her my best “I go alone today” speech.

She gave me the sulks because I hadn’t taught her to swim (something I’d mentioned the day before). Being a man of my word, and never one to break a promise to a lady, I took hold of her hand and led her off towards the swimming pool.

She guessed how this lesson was going to work out and had a sudden change of heart about the whole swimming-lessons idea... and just as I was warming to it too. 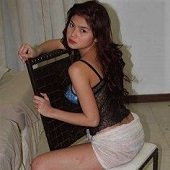 The vast number of Thai nightlife venues to choose from will give you plenty of opportunities to meet girls. But, if you prefer a more slow paced and intimate way of meeting ladies, you might be interested in checking out:

That’s another thing I like about these petite Bangkok girls; if you’re walking in one direction and they’re pulling in another, they’re not going to be winning. She was pulling against me with all she had and it didn’t even make a dent in my stride.

I saw Noi again a few times after but I resisted recruiting her services again. It was probably for the best, she was working her way into my head and that’s never a good thing straight out of a failed relationship.

The next girl on my rota was a completely different kettle of fish.

I noticed this skinny Thai girl a few days prior to getting together with her. She hangs around a lot at a beer bar not far from the hotel where I was staying and that bar was the last bar I’d visit on my way back to the hotel each night. She isn’t beautiful by any stretch of the imagination, but she has got something about her that I liked.

She’s 27 years old, has long straight black hair that hangs down to the small of her back, and she has fair skin. Whilst she is skinny, I am at a complete loss as to explaining why… this girl can eat. Even stranger than that, given her slender figure, she can drink!

At first glance you would probably rate her at about 6 out of 10 on the Bangkok freelancer’s sexy scale, but she had a way of making herself appeal. 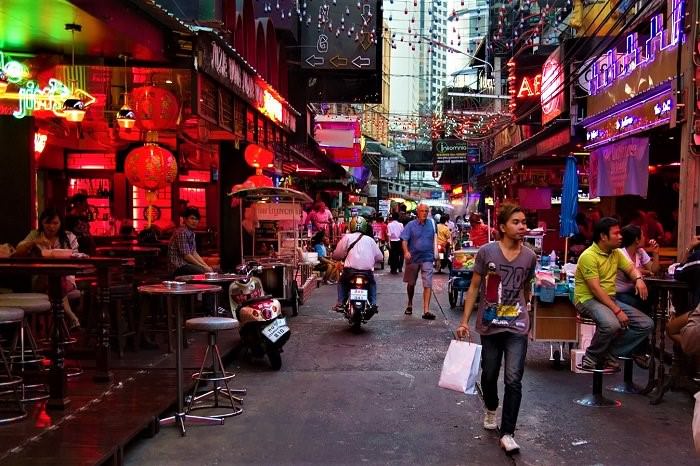 Soi Cowboy in the daytime.

On the other hand, it is possible that she looked better because she was working at my last port of call before retiring for the night... meaning that something better wasn’t waiting for me just around the next corner.

The night I hooked up with her I’d been drinking with a compatriot from Scotland and, as is the way, we started trying to out-score each other on the ‘politically incorrect’ front.

On the topic of Bangkok freelancers, he opened with words to the effect of: “I don’t want some picture perfect china doll sort of a girl, I want a girl that looks like she could take a good punch.” I’m afraid things only deteriorated as the night wore on… no need to elaborate anymore!

Anyways, the conversation cleared the road for me to settle for this skinny Thai girl that I probably wouldn’t have gone near on any other night.

This whole lady selection process always confuses me. I mean, I’d be happy with a ‘5 out of 10’ back home, and I’ve entertained a lot worse than that on occasion! Why is it that once you step out into the Bangkok nightlife your requirements immediately climb several notches to the point where you sometimes head back to the hotel alone?

It’s happened to me a few times before…

Never mind, like I was saying, this skinny Thai girl could drink. I think she has a drinking problem to be honest with you – there aren’t many Bangkok freelancers whose preferred drink is Chang beer.

Girls who drink cheap, extra strength beer, in volume, are best avoided if you ask me.

This girl had tucked away a lot of drink by the time we left the bar, and she wasn’t finished at that point, she wanted to go to the 7-eleven store and pick up some more. She got two 660ml bottles of Chang and took them back to the hotel.

I’ll tell you, it’s not good for your ego when a girl decides that a night of passion with you must be preceded by consumption of enough alcohol to drop a rhino. She finishes drinking and within 10 minutes she’s in a complete stupor… doesn’t know her arse from her elbow!

I wasn’t in any mood to nurse maid her for the night, so I’m afraid my gentlemanly manner went out the window and I escorted her out. I don’t know what the reception staff must have thought, but I suppose they’ve seen it all before.

I enjoyed reading this, it reminds me of my younger days back in the UK.

I think you are right about the Chang, it really isn’t a good sign when a Thai girl drinks that stuff. Most Bangkok freelancers want expensive girly drinks, and especially so when a customer is buying it!

There is a lot to be said about the virtues of women in the big city, and for anyone who wants some extra details on that, don’t miss my guide about regular Bangkok girls.